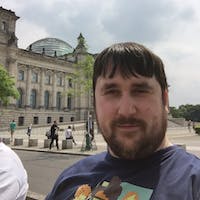 Subscribe to my newsletter and never miss my upcoming articles

Everyone has their own preferences on tools to use, and I'm always interested in hearing opinions of others on what they use. Some of my mainstay tools have come from recommendations.

So I'll list out some tools (and maybe some processes) I use daily, just to show the current tools I'm using and why I like them.

The extensions available are extensive, and the user interface is fast and easy to use. Having folders open up as a Project and being able to navigate around them with ease has made my day to day coding (in Python or CloudFormation, for example) much easier. For CloudFormation for example you can install a linter extension that runs cfn-lint in the background and tells you in real time what isn't right.

Probably a bit of a throwback sometimes, but I do still enjoy using Vim in certain situations (such as editing a file on a server) and I use a basic set of commands regularly rather than the full set of commands (regexes are few and far between for example).

Most of my coding these days is on a mac (though I use windows on my Gaming PC, and I have a soft spot for Linux, especially Mint / Ubuntu / other Debian based flavours). For ages I used Gnome Terminal, and I struggled to find a decent terminal emulator on Windows. (I need to check out Terminal at some point). Terminal access is pretty much essential to me and using a mac gives me the blend of usability I get with Windows and power I get from Linux.

I do still occasionally use the built in terminal with tools such as Homebrew, but have used iTerm2 a lot more recently.

Chrome (Each to their own).

Trello - Great To-Do List. Works well just as a general task list, but also as a Kanban Board.

Divvy - Window Management on Mac. This or something similar is missing from MacOS to make window organisation much easier using the keyboard. Makes going full screen (max window, not a full other screen) and tiling much easier.